WhatsApp has introduced new variable fast playback, to speed up messages while playing an audio file. Voice or audio-based messages are popular on WhatsApp, especially among users who aren’t comfortable typing on their phones. Users can now skip through large messages using the “Fast Playback” option for all voice messages.

Due to WhatsApp’s controversial privacy policy, the modification will allow WhatsApp to share some data from user transactions with companies in WhatsApp with parent-company Facebook. Telegram and Signal have both gained traction in recent months.

This is one of the understandings why Telegram users have been quick to point out that they’ve had this messaging function for a long time. The upgrade was initially made available to WhatsApp desktop users. However, it has now been made available to all iOS and Android users as well.

Previously, WhatsApp users couldn’t choose the speed at which voice messages were played back. And since you have no other option, you have to listen to your voice messages at the default pace.

If you get a voice message, you may now play it at the average 1x speed, or you can pump it up to 1.5x or even 2.0x without changing the tone of the voice. According to WhatsApp, one reason for adopting this fast Playback feature is that they recognize that the other party may not read it all when users send a long message.

This new option can be handy to reduce the time it takes to listen to those long voice messages, especially if people send you long-winded messages or readings from their unfinished novel.

How to speed up the Fast Playback of voice messages on WhatsApp?

WhatsApp Fast Playback is now available on Android and iOS and even on WhatsApp Web. However, before utilizing the function, make sure WhatsApp is up to date, specifically version 2.21.101.

Users can speed up voice messages by opening WhatsApp and then heading to the relevant Voice Message. To listen to the Voice Message, use the play button. Change the ‘1x’ on the audio message to ‘1.5x’ by tapping on it. To get from 1.5X to 2X, tap it again. Users can shift playback to regular 1x speed by tapping the ‘2X’ button if they are currently at 2X rates.

Apart from the Fast Playback feature, WhatsApp also delivers high-demand features: multi-device support, a new disappearing message, and even an iPad app. With multi-device support, users can operate WhatsApp on up to four devices, eliminating the need for a primary device. Once enabled, all chats will be converted to disappearing mode, where messages will be automatically deleted after seven days.

‘View-once’ texts will also be introduced on WhatsApp. Once the function is switched on, texts that have been read or viewed once will be deleted. Snapchat and Instagram both have a similar feature. 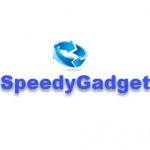